SEARCH Part # or Keyword:
PRODUCT SEARCH:
Enter a keyword or part number in the box below: 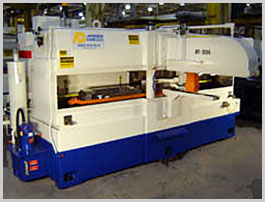 Riten Industries, Inc. is the premier supplier of spline rolling live centers for both OEMs as well as the majority of end user production facilities. Spline rolling is the fastest and most economical method of producing an involute tooth form. Spline rolling yields the lowest piece cost of any spline manufacturing process, with production rates of up to 300 parts per hour.

Spline rolling machines can produce a wide variety of splines, grooves, threads, and clutch housings. Spline shafts are used in automobiles, washing machines, tractors, industrial equipment, and many other applications where there is a need to transmit torque from one part to another. Due to the large variety of the parts used in this process, most spline rolling live centers are designed specifically for an application. In most cases, a custom spindle point is designed specifically to support each part or family of similar sized parts

Rolled splines are produced by displacing material in a cold forming process. This process produces significant loads on both the spindle and bearings of a live center. A rolled spline has a superior surface finish in the 3-15 RMS range. Finish requirements like these require a live center with superior accuracy and rigidity. Concentricity and coaxiality are critical as well, since variations in either are expressed as errors in the finished shape of the spline. Riten Spline rolling live centers are designed and manufactured specifically for this demanding process. Only Riten standard and special spline rolling live centers exceed these demanding production requirements.

Due to our enormous sales volume, Riten Industries stocks a large inventory of standard and modified spline rolling live centers. We also maintain extensive inventories of both finished and semi-finished special spindles. Finished shells and bearing sets are stocked as well. In an emergency, replacement live centers can be manufactured in as little as one to two days. In some cases, emergency repairs can be refurbished and shipped the same day. Our live center repair department is renowned for their ability to get the customer back in production as quickly as possible.